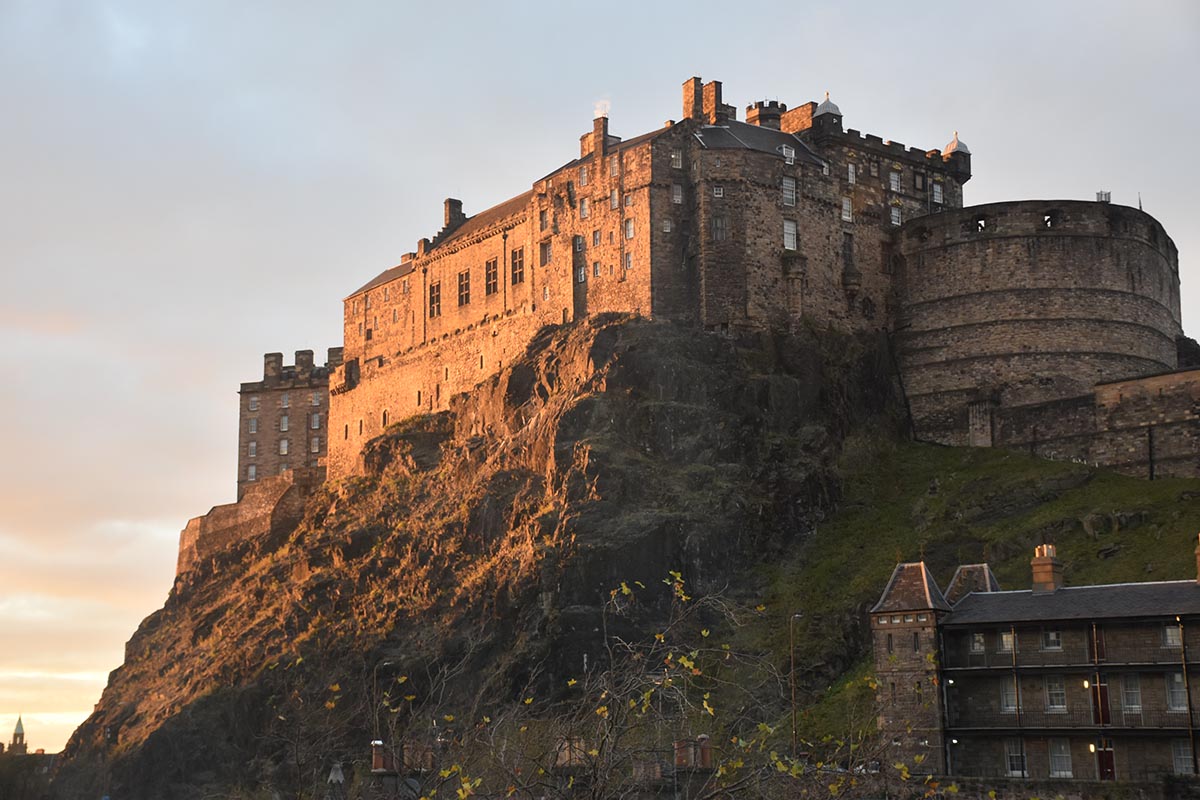 No visit to the capital of Scotland is complete without a visit to Edinburgh Castle. Climb Castlehill to explore this mighty fortress and former royal residence. Scotland’s crown jewels are among the national treasures on display within the castle walls.

Edinburgh Castle dominates the city of Edinburgh like no other castle in Scotland, and Edinburgh Castle is unequalled in the whole of the British Isles. Over one thousand years of history sit on top of the famous Edinburgh rock, and when you see it you will understand why over a million visitors a year visit Edinburgh Castle.

Known as the ‘defender of the nation’, Edinburgh Castle remains an active military base and an annual highlight is the Royal Edinburgh Military Tattoo, held on Castle Esplanade every August.

What to see and do at Edinburgh Castle…

Be dazzled by the Honours of Scotland, Britain’s oldest crown jewels.

See the Stone of Destiny, Scotland’s inauguration stone, removed by the English in 1296 and returned in 1996.

Set your watch by the One o’Clock Gun, fired daily (except Sundays).

Admire the late-medieval ceiling of the Great Hall, built around 1510 for James IV.

Look for Mons Meg, a huge, late-medieval siege cannon, among the castle artillery.

Take in the panoramic views of Scotland’s capital city.

When visiting Edinburgh Castle you will be awarded with magnificent panoramas in every direction when they visit the Castle. No matter whether you are on the lowest levels of the Castle, or the highest points, visitors are delighted by what can be seen.

Why not start planning your historic visit to Edinburgh with Grassmarket Hotel… we’re located just around the corner from Edinburgh Castle!

It makes sense to book direct at www.grassmarkethotel.co.uk as you will receive a complimentary bottle of Prosecco in your room for arrival!